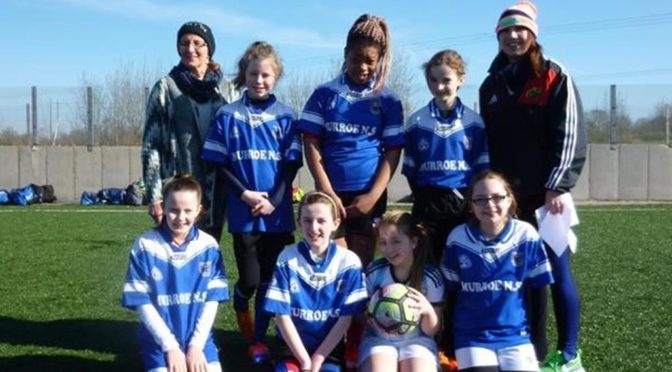 A total number of thirty-eight boys and girls from Scoil Mhuire N.S. participated in the FAI Primary 5-a-side Competition on Friday March 24th 2017. The event took place on the all-weather pitches in Sean Coill, Parteen. It was a little chilly but there was beautiful sunshine throughout and it was dry too. Students from fourth, fifth and sixth classes participated. There were three boys’ teams and two girls’ teams. The children represented the school really well and played fairly and sportingly in each match. The children enjoyed the day very much.