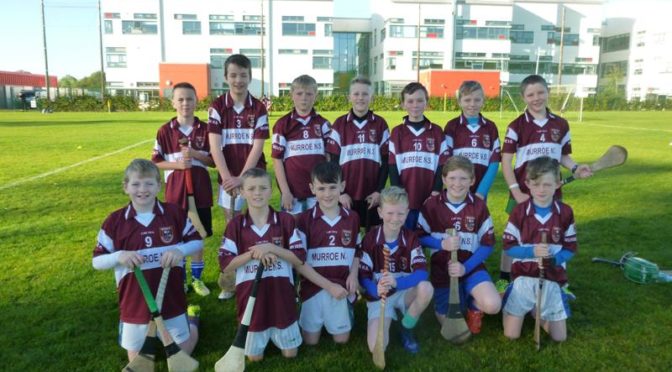 Scoil na Tríonóide Naofa Secondary School Doon hosted their annual 8 a-side hurling tournament on Thursday 20th October. Our boys played against Cappawhite, Doon and Caherline. They performed admirably in each match and they represented the school very well. The day was warm and sunny and the boys enjoyed the healthy fruit snacks which were kindly provided on the day by Scoil na Tríonóide Naofa. The boys also met some former students from Scoil Mhuire who are now attending the secondary school.