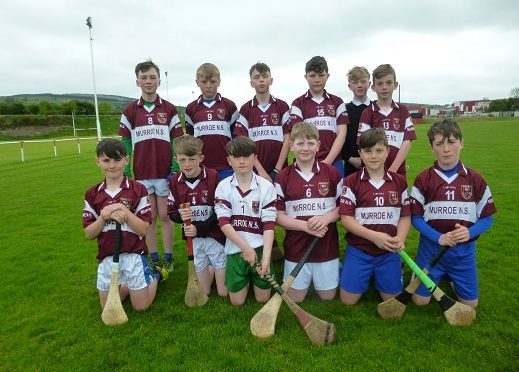 Scoil Mhuire N.S. competed in the East Limerick  Cumann na mBunscol hurling competition on Monday 14th May in Doon. The boys played four games in total on the day. They beat Nicker and Bilboa and they lost to Caherelly and group winners Oola. They played sportingly and fairly throughout and they represented the school admirably. A special word of thanks to the 6th class boys Joe, Conor, John and Emmet who have played so well and so wholeheartedly for the school over the last couple of years in both Gaelic football and hurling.