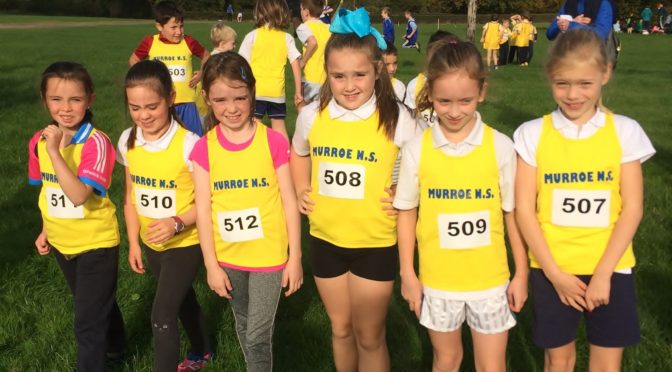 We had great success at the Limerick Cross Country Running in the Limerick Racecourse in Patrickswell yesterday.  Over a thousand children participated on the day from schools around Limerick.

The Parents’ Association had provided us with our yellow singlets last year and our athletes stood out not only for their running but also for their striking singlets in the lovely Autumn sunshine yesterday.  Congratulations to all our athletes on their wonderful achievements at the Limerick Cross Country Running.